This four-row Miedema Structural belt planter is now available with the Smart-Float that has previously been an option with the company’s CP 42 cup planter. The goal of this new combination is to set up the soil cultivation with the Structural 4000 in an easier way than with a portal drawbar.

Taking up a more compact space, the updated combination allows for greater control over the total weight distribution and soil pressure. The Smart-Float automatic depth control system allows the tractor to pull the planter at a much lower point, meaning the weight is distributed more evenly across all four tractor tyres.

Moreover, the movements made to cultivate the soil don’t affect the position of the planter. The intermediate piece, the lifting pack, ensures that in this renewed set-up you can adjust the angle as desired. It’s also easy to perform adjustments yourself, as the cultivation depth can be controlled automatically from the cabin.

As a second innovation, Dewulf has introduced a portal steering system for the Miedema Structural 4000. The pivoting axles and shorter wheelbase make the machine even more manoeuvrable and easier to steer.

The planter can now turn by up to 35 degrees instead of the usual eight degrees, and this setup also ensures maximum precision in following a predefined track.

The Structural 4000 with portal steering is available with an integrated box tippler (which will be launched in The Netherlands first) and a standard bunker. 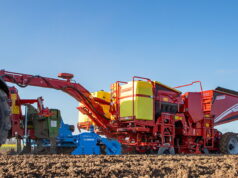 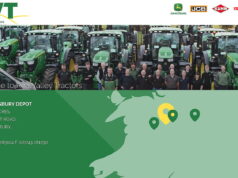 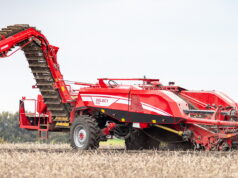 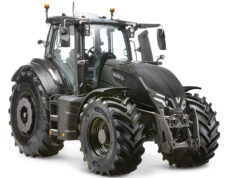 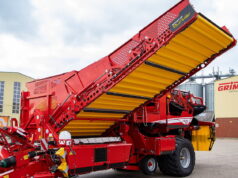 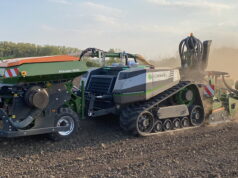 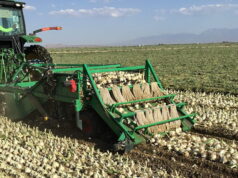 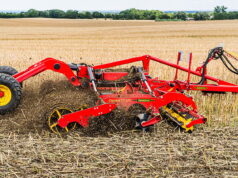 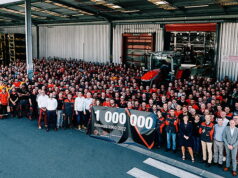