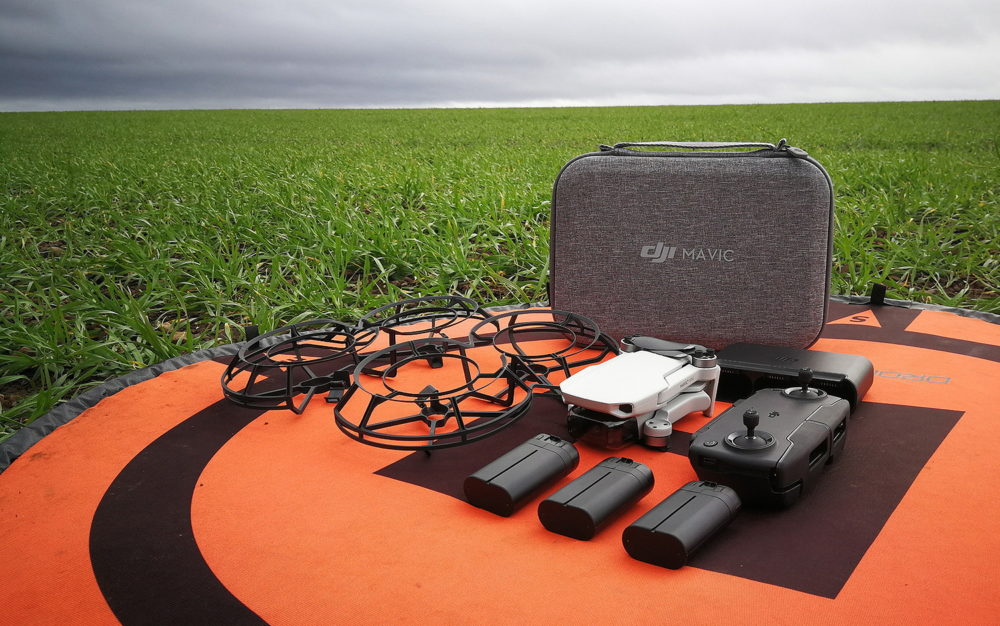 Hundreds of farmers and agronomists who have been on a waiting list will soon be the first to use the new crop monitoring app Skippy Scout. Developed by Drone Ag, this uses artificial intelligence to offer guidance on crop health, pests and weed control. Following its launch, and a gold innovation award at Lamma 2020, Skippy Scout will be available for farmers to buy from March 2020.

The crop scouting software, which significantly reduces the time it takes to monitor and evaluate crop problems, will be available to farmers for as little as £30/month.

“more than 300 early users worldwide tested version one of the software in 2019,” Drone Ag founder Jack Wrangham said. This has created a waiting list for version two, which will be available on March 1. In just one year, Drone Ag expects to subscribe more than 1,000 users in the UK alone. 2021 and 2022 will see further launches in the USA and Africa, with a projected 10,000 users worldwide by 2023.

Skippy Scout is an autonomous software package that flies drones to points plotted by the farmer using a normal mobile phone.

“Farmers don’t need to have prior understanding of drones or the ability to fly a drone because the software will do it all for them,” Mr Wrangham said. “Skippy users will use maps on their phone to simply touch the points in a field they want to see images of. The drone flies to these points and sends the images to the phone.

“Once delivered, the artificial intelligence in the app analyses the images and provides data on green area index (GAI), pests and weeds.”

A single user software license is available for £30/month, which is less than the average mobile phone contract. There’s also relatively little investment needed to buy a suitable drone.

“A Mavic Mini is a perfectly suitable drone for crop scouting and can be bought for just £450. This would make the annual use of Skippy £810,” Mr Wrangham added.

A key benefit of the Mavic Mini is its weight.

“At just 249g it falls one gram below the threshold for registration,” Mr Wrangham said. “Drones of less than 250g don’t need to be registered with the Civil Aviation Authority, which will save farmers time and hassle with paperwork.

“All you need is your smartphone and a drone. When you register for Skippy you can be in the air monitoring your crops on the same day.”

As long as farmers only use the drone themselves on their own land, they don’t need to undergo the training normally associated with operating drones for commercial purposes.

“NFU Mutual confirmed with the CAA last year that a farmer operating on his own land would not need a commercial license (PfCO),” Mr Wrangham said. “This is on the understanding that they’re surveying their own land, and not charging for a service they’re providing.

“However, when it comes to staff, this is a grey area, as they are being paid by the farmer, in theory they would require a license to operate the drone – as an agronomist would by providing a paid service to farmers.”

Drone Ag has also considered the likelihood that the drones may be damaged. A partnership with drone specialist Heliguy means that Skippy Scout users will be offered replacement drones, and repairs to damaged drones.

“It’s important that farmers don’t experience significant downtime with any piece of farm machinery and drones should be no exception,” Mr Wrangham added.