KWS: Field-day delegates hear about the potential for energy maize 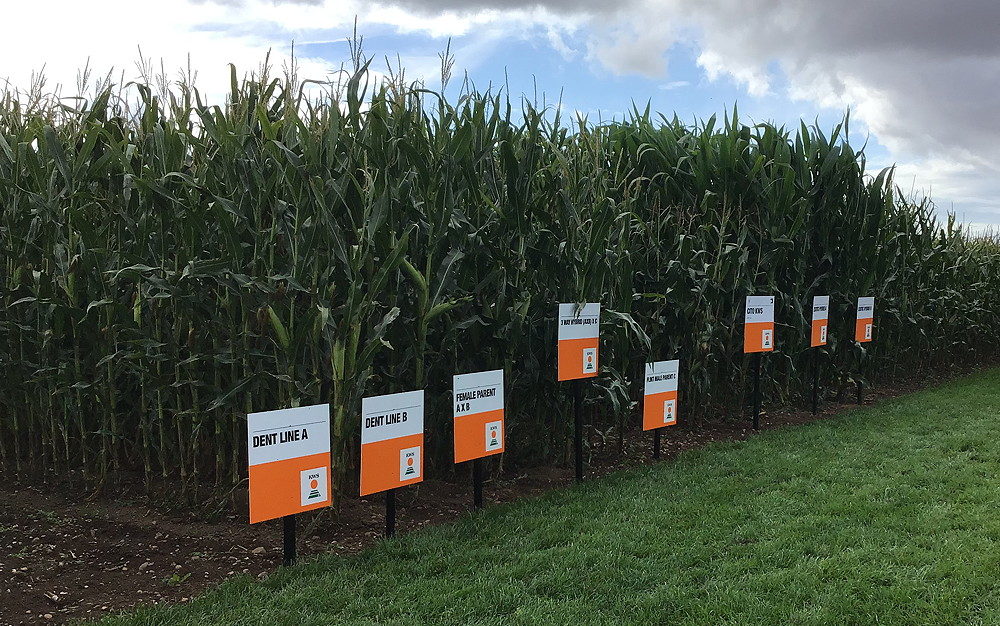 Delegates at an energy crops event have heard about future opportunities for energy maize and learned of a new online tool that uses satellite imagery to help with decision-making at harvest time.

John Burgess of KWS UK told visitors to the KWS UK Maize site at Lydney, Gloucestershire, that some 50,000ha of the country’s maize were dedicated to energy production, making up roughly 25 per cent of the total maize area. In 2011, the figure was 12,000ha, and he predicted an increase to 60,000ha by 2022. There were approximately 340 anaerobic digestion (AD) plants countrywide, and the greatest future opportunities for anaerobic digestion lay in the supply of energy to the national gas grid.

“When other energy crops like rye, triticale and beet are added to the UK AD maize acreage, the area represents less than one per cent of our arable production,” Mr Burgess, who is KWS UK maize and hybrid rye product manager added. “By comparison, the figure for Germany is seven per cent.”

Two of the most significant challenges to the energy crop industry were the loss of active ingredients and summer drought. He also cited regulatory issues and speculated that mandatory under-sowing with grass might apply to maize crops in the years ahead.

“It has become increasingly difficult for manufacturers to bring new products to market as replacements for the chemicals that have been withdrawn,” he said. “Integrated solutions will play a more important role in yield maintenance and may include the adoption of wider rotations and cultural controls such as sowing depth, direct drilling and digestate injection.

“Last year showed us the negative effect of drought on maize. Few options are available to counteract low rainfall in the growing season, with the exception of using a deeper planting depth and aiming for a shorter drilling window.”

Mr Burgess said that the latest KWS UK portfolio contained some tremendous varieties, pointing out that 17 per cent of the turnover of parent company, KWS Group, was invested into plant breeding research and development each year.

“Autens was launched last year and gives outstanding performance in the field,” he said. “It’s a versatile early with an FAO (maturity rating) of 170 and a dry matter yield of 18.5t. It has very high starch figures, with a forecast of more than 33 per cent for next season. Superb early vigour on all soil types, good standing power and fast dry-down are among its other attributes.”

“Keops offers a wide drilling and harvest window and has a high grain to stover ratio, allowing for more stable ripening in cooler seasons,” he said. “It has rapid early vigour and a heavy yield potential of 50-55t/ha. Amaroc has similar qualities, with a yield potential of 55-60t/ha. It makes an excellent feedstock for growing on favourable sites and in high heat unit areas.”

Despite the rapid genetic progress achieved by the KWS plant breeding research team, one of the oldest varieties in the range was still rated highly by growers, he added. Dedicated energy variety Fabregas was launched a decade ago, but was holding its own in the marketplace, largely due to its consistency of performance.

“It is estimated that up to 50 per cent of fields are not harvested at the correct time, with a negative effect on crop quantity and quality,” Mr Burgess said. “Using satellite imagery accurate to 10 square metres, growers will be able to upload field maps and view their own crops.

“The imagery is used in conjunction with information on the FAO of a variety, as well as real-time data on rainfall, heat units and radiation on individual farms. A colour coding system will indicate whether the crop is too wet, harvest-ready or that dry matter content has exceeded the optimum figure.

“The internet-based tool will be particularly useful for growers with large acreages, as it’ll help to prioritise those fields which are ready to cut. We expect that it’ll improve yields and quality across the national maize acreage, as well as reducing the potential for silage losses.”

At present, some 25 UK maize growers are using the pilot KWS UK dry matter monitoring tool. It will be accessible for the 2021 season in an area which covers 80 per cent of the country’s maize growing acreage, after which it will be rolled out across the UK and in a total of 10 countries in Europe.