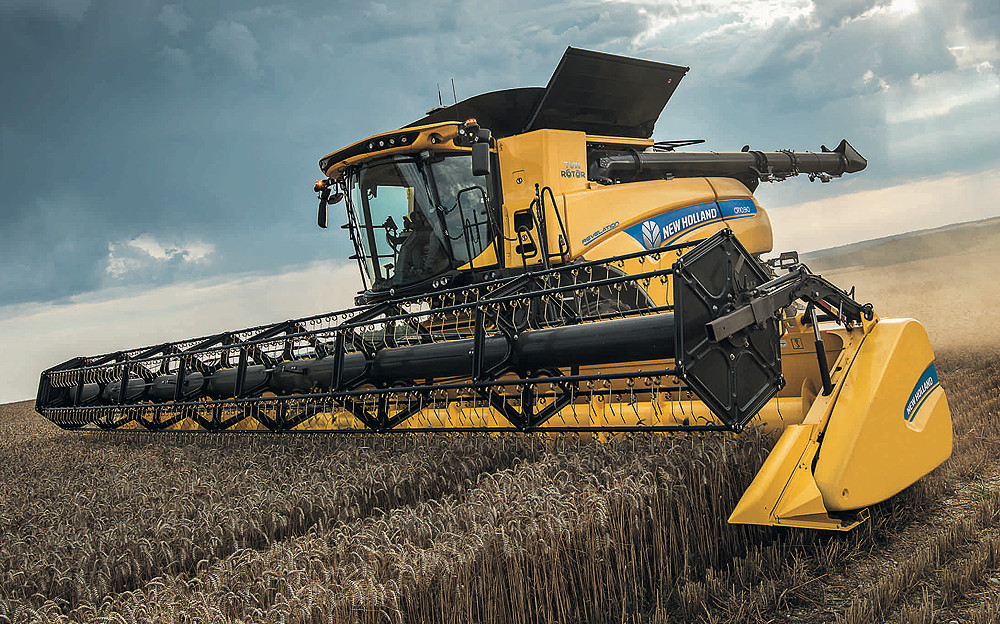 New Holland’s latest CR Revelation combine range takes automation to a new level with the award-winning IntelliSense system and introduces a host of improvements that the manufacturer says further consolidates the machine’s supremacy as the world’s highest capacity combine.

“The CR Revelation combine is once again setting the industry’s benchmark,” the head of New Holland’s harvesting products, Lars Skjoldager Sørensen, said. “The world record holder and most productive and high-capacity combine in the world has taken efficiency to an entirely new level, significantly cutting harvesting costs through reduced losses and best-in-class grain sample. It has made a significant step forward in automation, taking over decision making from the driver to optimize output, grain quality and operator comfort.”

With IntelliSense, the operator can choose from four strategies: Limited Loss, Best Grain Quality, Maximum Capacity, or Fixed Throughput. The patented cleaning shoe sensors provide very precise measurements of the load, and based on this data the combine will proactively constantly adapt the Twin Rotor speed and vane angle, fan speed and the opening of pre-sieve, upper and lower sieve to automatically deliver the desired result.

Customer clinics conducted in France and Germany in 2017 generated extremely positive feedback. Participating customers found the system to be intuitive and easy to use, said it gave them great confidence, and indicated it would be a big help for new or less experienced drivers. They also remarked that it delivered a true increase in performance and grain quality.

The CR Revelation’s IntelliCruise crop feeding system, that automatically matches the forward speed to crop load, now features automated ground speed functions and offers a choice of three harvesting strategies, enabling the operator to achieve the desired result: the new Maximum Capacity strategy increases the combine’s ground speed to reach maximum engine load or maximum ground speed; the Fixed Throughput strategy varies ground speed to maintain a pre-set load on the combine, so that productivity remains constant in varying yields; the Limited Loss strategy  varies ground speed to maintain a set flow, but if losses become excessive, throughput is reduced to limit losses.  Three settings are available to adjust the boundaries of the IntelliCruise system with three settings: Maximum engine load, Maximum ground speed and Feed rate sensitivity setting, which enables the operator to define the responsiveness of the system.

First Stage V models
New Holland has extended its CR Revelation range with a new entry level model, the CR7.80, powered by a new Cursor 9 Common Rail engine with 374hp rated power and 415hp maximum power. The new model features a cleaning shoe with single return. With a 750-litre fuel tank, a 9,500-litre grain tank and a high unloading speed of 126 lit/sec, it is said to deliver highly efficient performance.

The new CR7.80 and the next model in the range, the CR7.90, are the first to comply with Stage V EU emissions standards, which mandate a further 40 per cent reduction of Particulate Matter content compared to previous Stage IV regulations. They achieve the new emission limits with the Cursor 9 engine and the new HI-eSCR2 technology developed by FPT Industrial. This innovative after-treatment system is a maintenance-free, patented solution that minimizes operating costs. The Cursor 9 features a simple layout and is EGR-free, thus granting extreme productivity and reliability.

With the new Stage V set up, the CR7.90 benefits from an 11hp increase in maximum power to 460hp.

The new CR Revelation features a new Ground Drive with a two-speed gearbox, integrated wet brakes, a bigger hydrostatic pump and electrohydraulic differential lock operation. The gearbox offers two speed ranges – one for field work, from zero to 17km/hr, and one for road travel from zero to the maximum speed appropriate to local regulations in each market. Maximum speed is reached at reduced rpm, resulting in lower fuel consumption.

The wet brakes and servo valve improve braking control and add to the machine’s safety features, which also include the new double acting park brake. The wet brakes also ensure that braking performance is maintained for the entire life cycle with no brake pads replacement or calliper maintenance, resulting in lower operating costs. They are integrated and fully sealed off from dust and dirt, eliminating the risk of contamination.

A new remotely controlled electrohydraulic differential lock is available. It’s effortlessly operated by a foot switch in the cab. It remains engaged under hydraulic pressure, and bevelled teeth on the lock jaw coupler ensure it’s actively disengaged when the diff lock is switched off in the cab. 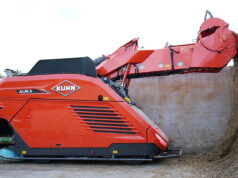 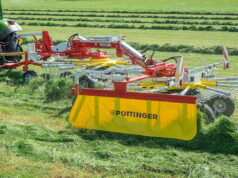 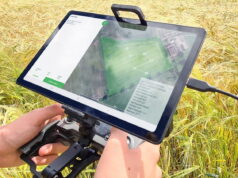 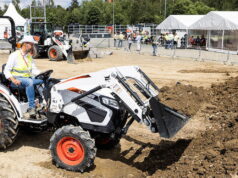 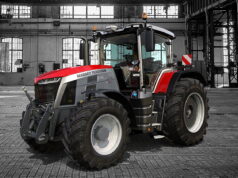 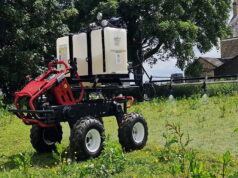 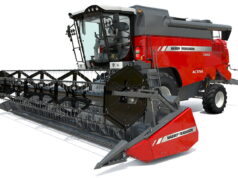 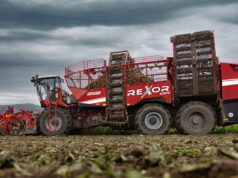